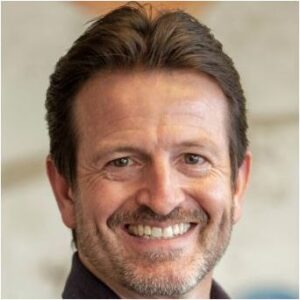 12 REVIEWS
0 BEFORE & AFTER PHOTOS

I was recommended to Bailey Orthodontics & I am so happy I was because I am ecstatic with how my smile turned out! Dr. Bailey and his team were so sweet and genuinely wanted to help me have my dream smile. I did Invisalign and my teeth look fantastic! If you’re going to invest in your smile, go to Dr. Bailey!

This place was such a dream. Dr. Bailey is definitely a MASTER of his trade. I had a gap & a chip in a tooth I could not get figured out from any dentists. Bailey was my last resort before I crowned my top 6 teeth. ( which I really didn’t want to do) Bailey literally fixed me completely up with an invisa line & the chip as well. My teeth are beautiful & it seemed effortless for him, he’s more than excellent at his job . Not only was this place great for my teeth but experience too. Staff is Aaaaamazing. You can tell everyone is on the exact same page with the same goals for the patient to be 100% happy & comfortable they have the cutest play area as well as I pad stations w/ games for my children to play while I was there. Always completely spotless. I could go on & on. Needless to say I’m so very grateful & loved my experience.

I wouldn’t go anywhere else, I totally trust Dr. Bailey with my kids braces!! His dad did mine over 2 decades ago, and I just love this fun, happy and dedicated bunch of great people, who always make you feel comfortable in the office!!! I am always telling people they should go to Dr. Bailey for Ortho work, he is the best!!

We have liked working with Bailey Orthodontics. They have been very considerate and concerned with my son’s health habits as well as his emotional wellbeing. They have been reassuring to him when he has worried about possible pain and the duration of treatment. They made sure to focus on his teeth hygiene so potential cavities are less of a concern. This Mama is happy with their service!

Dr. Bailey and his staff are AMAZING! We have been coming to his office for 10 years with my four sons! Their teeth look amazing and their smiles are even better! I would and do recommend Dr Bailey to everyone!

Dr Bailey is the best orthodontist around. He is fun and very meticulous about his work!!! His office and staff is very helpful and kind. The atmosphere in his office is very pleasant as well and everyone seems to enjoy their job and working together. I have been doing Invisalign with all of the new technology and equipment and am very pleased with how my teeth are turning out. I would absolutely recommend Dr. Bailey! You will not be disappointed!!!

I love Bailey Orthodontics. I just finished my treatment and my teeth look amazing. When I came in two years ago, I had some major issues with my jaw and teeth and Dr.Bailey took the time to refer me to a specialist before he started my treatment. I love my Invisalign results and Dr Bailey was thorough, helpful, kind and invested in my results.

So happy with my experience with Bailey Ortho. I went in as a 30 year old to straighten my teeth thinking I’d need bracket braces for well over a year, but Dr Bailey suggested Invisalign so I tried it. I’m nearing the end of my treatment (just 6 months!) and couldn’t be happier with the outcome. Dr Bailey is kind, attentive and professional and his staff is stellar! Office is new and clean and everyone makes you feel like they are happy to see you every time. Can’t say enough good things!

I have a 9 year old whose jaw was recessed and he had a pronounced over jet of his upper teeth. As Dr Bailey and I discussed possible options, I was hesitant to put on an appliance since he didn’t have all his permanent teeth yet. However, knowing the next two years of his growth would be significant and the appliance may help his jaw alignment during that growth, I felt good about moving forward with it. Three months later, I have to say, the appliance was a game changer for my son in more ways than I anticipated. He had struggled with sleep apnea and snoring as well as a tickle/pain that would constantly urge him to pull and tug at his ears. We’d taken him to his primary care doctor and an ENT about this ear problem with no diagnosis or help offered. However after three months with this appliance, both issues have been resolved. But, I realized the most impactful change on my son was during the quarterly review I’d had with my son’s speech therapist. For two years he’s worked with his school’s speech therapist and struggled with his guttural sounds (k/g and a little r sound). At our review of his ILP, the speech therapist said, “I don’t know what Briant has done the past few months, but he’s had a dramatic change for the better and we anticipate no longer needing speech help.” I’ve not even mentioned how it’s helped his profile and appearance and jaw alignment, which was the initial reason we felt good about moving forward with the appliance. Yes, I’m an advocate for orthodontics in general, but there are so many unforeseen advantages that accompany it. Dr Bailey has been an advocate for kids, their confidence and their smiles for years and my kids have benefited. Thank you!!!

I love Bailey Orthodontics! I just finished my Invisalign treatment and it could not have gone better. I had regular braces that Dr. Bailey did 15 years ago but I stopped wearing my retainer so my teeth moved. I wore the Invisalign for 10 weeks and my teeth look awesome, just like before. So let this be a lesson for everyone… wear your retainer!

It’s been a few years since I’ve been in treatment but Dr. Bailey actually treated me while I was living overseas. He was willing to make it work and saw me whenever I was back in the US. He was always so kind to my family and I really appreciate the time he took to get to know us on a more personal level. I love my smile and I’m proud to say it was because of Dr. Bailey and his amazing staff!

Claire Mickelson I had a great experience at Bailey! All of the staff was very nice and would help me with anything I needed or asked. I just got my braces off and my teeth look great! I am so happy with the come out! Dr Bailey and the staff would always be so great to me and always would be very cheerful even if they were having a bad day, you would not even notice if they were having a bad day! I would definitely recommend them!