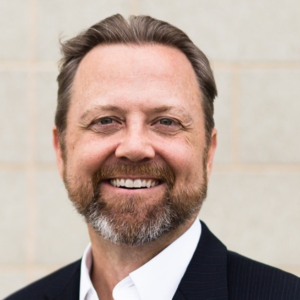 35 REVIEWS
0 BEFORE & AFTER PHOTOS

Dr. Booth is one of the best dentist’s I have ever had the pleasure of knowing.  He is caring, gentle and has a great ‘touch’ with patients.  I am not a fan of having to go to the dentist, but he always seems to be able to calm me down with some of his jokes and sweetness.  I absolutely am grateful that I found him and have him as my dentist.

Dr. Booth and all of his staff are more than five stars. I wish I could give them ten! Bea is my wonderful hygienist. It’s the old fashioned way and she is the best! Dr. Booth is very kind, very painless, and I hope he never retires. Dr. Booth is also behind much of what is done for veterans in our area… an upright, genuine human being.

Dr Booth’s office is a tribute to the military and his various other passions.  I have never been so comfortable so quickly in a Doctors office.  Darlene the hygienist I saw was very nice and competent.  Dr Booth himself seems wonderful.  I have only started going there but if first impressions are even close to right. he is quite good and very caring.

I can’t remember ever thinking to myself that I enjoyed my visit to the dentist. Dr. Booth came highly recommended and with good reason. The receptionist, hygienist, & Dr. were exceptional. Polite, professional, centered around my dental health. The red carpet is rolled out to veterans!

Probably the nicest receptionist I’ve ever spoken to in my life. I called first thing this morning for my boyfriend. He’s on the road with a band on tour, and they were only going to be in Daphne today for a few hours starting at 2pm. Early this morning, his temporary filling from his dentist in LA shifted in a bad way. (Not the dentist’s fault at all; my bf should have gone back to his dentist by now, but he’s always on the road. It’s a problem.) Receptionist was awesome. Squeezed him in for 4:30. At 5:15 my boyfriend texted me: “The dentist was great! Super nice man. They were all so nice. My tooth feels really good and comfortable.” He paid out-of-pocket (no dental insurance) and it was very reasonable. (About half the amount that I’d guessed.) It was such a good feeling, being able to send him to a brand new place (new city, don’t know anyone) and have him taken care of so well. I’m so thankful to yelp and for people like this dentist and receptionist, who really listen and care and just make life better.

Dr. Booth is a wonderful dentist. He and his staff are kind, friendly and great at their jobs.  When my former dentist retired I worried that I would never find a new office where I was comfortable.  I have found it with Dr. Booth and am very grateful. Also, he called me the night after I had a crown just to check on me !!!