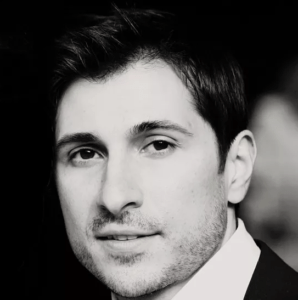 03 REVIEWS
0 BEFORE & AFTER PHOTOS

It is no wonder Dr. Stratta trusted his practice into the capable hands of Dr. Hanna. Dr. Hanna has performed impeccable dentistry, so impeccable in fact I forget which tooth it was that had an issue. I trust the health and the esthetics of my teeth to his practice. Utmost professionalism and knowledge and an excellent staff. Thank you.

Dr. Hanna and his staff are top notch. Starting with Denise at the front desk, Jen his assistant, and Dr. Hannah the experience from beginning to end was efficient and pleasant. Dr. Hanna is detailed and thorough in discussing whatever work is necessary if it’s beyond just a general check up. The office is lovely and easy to get to .

After a painful root canal and ultimately having the tooth pulled, I paid a visit to a periodontist. He was bright, charming, witty, and knowledgeable with excellent credentials and spent more than adequate time with me. Clearly, I thought he must be a great surgeon. He put in an implant and six months later a crown. The bite was perfect, but the crown was a tad too big. The tooth next to it cracked and fell out as I was eating chicken wings. The moral of this story is not to suggest one should avoid eating chicken wings, but rather that “bedside” manner does not tell the tale of competency. After a lifetime of treatment by superb dentists (excluding the above), I first came to Dr. Hanna, an expert in implant, aesthetic, reconstructive dentistry & maxillofacial prosthetics, after my dentist retired. Dr. Hanna is bright, charming, witty, knowledgeable, has excellent credentials and spends more than adequate time with me. On my first visit for a cleaning and a check-up, he noticed a slight growth on the roof of my mouth he thought troublesome. I told him I just burned my mouth eating hot chicken wings and it was a blister. He begged to disagree and suggested I visit his brother Todd, who has a dual-degree (MD, DDS) as an oral & maxillofacial surgeon. Sure, keep it in the family and send the kids to college. Dr. Todd Hanna is bright, charming, witty, knowledgeable, has excellent credentials and spent more than adequate time with me. He agreed to see me, without charge, just to offer a second opinion as a dual-degree (MD, DDS) oral, maxillofacial and head and neck reconstructive surgeon and as a favor to his brother who was concerned enough to arrange for the appointment. He thought the growth was likely minor and benign, but clearly not the result of eating chicken wings. He was not overly concerned and I wanted to get quickly home to cook some chicken wings. Nevertheless, he gently persuaded me to have a not inexpensive biopsy done (the bulk of the cost going to the lab). With some reluctance, I acquiesced. The biopsy came back a few days later and confirmed both the Hanna brothers’ diagnoses that, indeed, it was a benign growth that, fortunately, was highly unlikely to turn malignant. Dr. Todd confirmed reluctantly it was unnecessary for me to have it removed surgically. I was all set to leave to go get an order of chicken wings to celebrate but thought to ask what he would do if he had the same condition. He answered honestly he would remove it just from a precautionary standpoint. Having gone this far, I made an appointment to do so but ran home to chomp on some chicken wings while searching the internet to confirm that cutting out the growth with a scalpel, no less, versus laser, surgery made sense. All my readings confirmed Dr. Todd’s advice. I was back a week later, spent fifteen painless minutes in his chair with the help of his highly competent assistant. He insisted this time on another biopsy to confirm that he had removed the entire tumor, since it was unusually located on my palate and he had to dig down to the bone to be assured it would be fully removed and not grow back. The biopsy came back confirming everything was copacetic. I waited for several months, and endless amounts of chicken wings, to let the (minor) wound heal to see if any complications developed or if scar tissue built up. Everything appeared to be fine. However, I held off reviewing my experience until now after going back to Dr. Chad for another painless and efficient cleaning and his appraisal. He thought the wound had healed perfectly and gave me a clean bill of health. The moral of this story is the same. “Bedside” manner does not tell the tale of competency. In the case of the two Drs. Hanna, they both exhibited superb competency despite being bright, charming, witty, knowledgeable, with excellent credentials and a willingness to explain their diagnoses and the ramifications of my condition. It is my pleasure to recommend both dental surgeons highly, particularly if you like chicken wings.