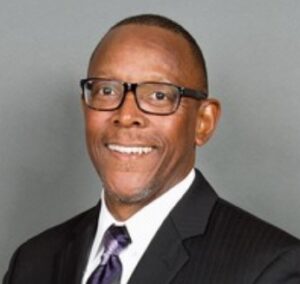 5 REVIEWS
0 BEFORE & AFTER PHOTOS

The staff is professional and friendly, office is clean, Dr. Duncan is personable and highly skilled. Prior to visiting DHDG I had a fear of dental work due to childhood trauma, Dr. Duncan was understanding and talked me through my first major procedure, everything went really well. Since then I’ve had all my regular check ups, cosmetic work and Zoom teeth whitening with DHDG. Now when I get compliments on my bright smile I give some credit to Dr. Duncan and his team. Highly recommend.

So far it’s been excellent. The dentist was always scary to me. These people are really gentle with you and understand the fear you may have. I’ve had teeth pulled and a deep cleaning so far and really with no pain. I’m scared of needles but I don’t look at dentist tools. It doesn’t hurt when they do it tho. I don’t cry, lol. They have a way that makes it easy for you. The Hygienist Mrs. Colette is amazing and a big reason as to why I’m not so afraid of the dentist anymore. Mrs Rhonda, thank you for caring. I highly recommend.

Professional and compassionate Dental team at Dominguez Hills Dental Group over in Carson! The team was absolutely lovely to my 12 year old daughter who had to have cavities filled and is one of those extremely afraid of the dentist patients. They created such a supportive energy for her with tender kindness and care lets not forget the giggles. I will absolutely recommend this dental practice to my family and friends.

I recently had to change dental offices due to insurance issues and I am so happy that I found a office that knows what they are doing and they are friendly and clean!!! Both dentists are very patient and the staff actually acknowledges you. I highly recommend this office.

The DHDG is the happiest place on Earth. Dr. Duncan has a dozen staff and everyone seems so happy! Dr. Duncan is always in a good mood; he’s funny and meticulous. Shout out to Rhonda and all the staff. Great cleaning today by Mariam. My wife and I are happy patients for more than 10 years.

A Southern California native, Dr. Duncan was born and raised in Compton, California. He attended Centennial Senior High School, where he participated in the marching band and ROTC. Upon graduation in 1976, Dr. Duncan attended California State College, at San Bernardino (CSCSB) where he received a Bachelor of Arts in biology, with a concentration in genetics in 1981. After his graduation from CSCSB, Dr. Duncan attended Howard University’s College of Dentistry, in Washington, D.C. Upon graduation from Howard in 1985 with a Doctor of Dental Surgery degree, Dr. Duncan started his career at a migrant farm worker’s clinic in the San Juaquin Valley. Being the only dentist for this population, Dr. Duncan received an extensive amount of experience in all areas of dentistry. Dr. Duncan started his private practice in the city of Compton in 1987. After serving the local community, he moved his practice to its current location in the city of Carson in 1999. Dr. Duncan believes in providing the highest quality dental care to his patients in a welcoming and friendly environment. He emphasizes comprehensive dental care that is tailored to individual patients. This means that he looks at his patients as a whole and collaborates with them to ensure that they are informed partners in their care and receive optimal treatment and service. Dr. Duncan is married and he and his wife Yolanda have six children. They are both very active in their church and community and are advocates for the education of young people. Dr. Duncan founded a male mentoring program, The Compton Male Academy, where he dedicates his Saturday mornings to teaching life skills to young men ages 12-18. Dr. Duncan enjoys outdoor sports, which includes swimming, skiing, and golf. He also loves to travel. His next vacation destination on his wish list is Paris and Rome.