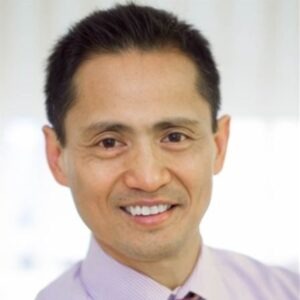 10 REVIEWS
0 BEFORE & AFTER PHOTOS

Super friendly office and overall a great dental experience! I was visiting the area and had a dental emergency. So lucky I found this office as they were so kind and treated me wonderfully. I would definitely recommend them to anyone in the area looking for a great dental office!

Dr. Nguyen and Dr. Sese have been my family’s dentists for the past several years now. They provide some of the best dental care in the area. We have had various procedures from cleanings to crowns, and they are always quick and professional, and make it as painless as possible. If you are looking for a dentist, definitely give them a try. You won’t be disappointed. Highly recommend!

During one of my visits to see Dr. Sese for my cleaning, she gently asked whether I had ever considered Invisalign to straighten out my teeth. I must admit, I gave her an earful about how back when I was 16, I had visited two orthodontists – first one said although there was nothing wrong with my teeth, he would still take me on if that was what I wanted. With that said, my aunt took me for a second opinion. We visited another orthodontist with an imaging facility who was completely opposed to working on my teeth because he said that in order to straighten out my teeth, he would have to pull some teeth out, and he was unwilling to destroy my smile for it. Dr. Sese then explained to me that technology has changed since 1986 and that they won’t have to pull out a whole tooth/or two as was required back then and my profile won’t be so drastically affected. I wasn’t immediately convince thinking I’ve gotten through all these years just fine, people have always complimented my smile, I’m a forty something woman, do I really care?! But for whatever reason, I decided to have the consultation with her, and since my insurance was going to cover it, I gave it a shot. I was still apprehensive when I went in for the work, but Dr. Nhat made me feel at ease. He explained how he was just going to shave off fractions of several teeth to make room for the movement and I need not worry. Being in a dental chair is never easy for me, but I can tell that Dr. Nhat was good at his craft so I laid back and was actually able to relax. After two months of invisalign, I met up with a cousin from out of the country and she asked me if I had any lost any weight… we later figured out that it was the Invisalign. Similar experience with a friend six months later, who said “it’s about time you straightened your teeth, you look fabulous!” It’s now a year later and I am done with my Invisalign tray, I couldn’t be more thrilled with the results! I’m just wondering why no one told me to do this sooner!! Thank you Dr. Sese for the much needed recommendation! And thank you Dr. Nhat for my awesome smile! I am so much more confident for it! I would recommend to anyone that if you are considering Invisalign to just do it… you won’t regret it!

If you are looking for a good dentist, this is the place to go! I absolutely hate going to the dentist so I was a little anxious before my first appointment. I found Dr. Sese and Dr. Nguyen through Living Social, when I purchased a deal for a Zoom teeth whitening treatment. I decided to have a cleaning first since its been about two years since I had one. This was absolutely the most positive experience I’ve ever had for a dentist visit. I was offered a complimentary massage while waiting for my appointment and there are TV’s in every room so you can relax and watch TV during your appointment. What really sat East Coast Family Dentistry apart was the service and professionalism. I was greeted by name by everyone from the receptionists to both doctors (even Dr. Nguyen, who wasn’t even seeing me that day.) Dr. Sese was very friendly and even made small talk to get to know me, which so many doctors won’t take the time to do with a busy schedule. She was very gentle and thorough with the cleaning and even gave me some tools to take home to help me more easily floss behind my stubborn permanent retainer. Did I mention that I received a handwritten note welcoming me to the practice just a few days later from Dr. Sese herself? I couldn’t be more impressed with this practice. They actually make going to the dentist enjoyable – I’m even excited about my whitening procedure later this week! I live in Hoboken and their office is just a few blocks off the Light Rail in downtown Jersey City. Its well worth the travel no matter where you live. By far the best dentist I’ve ever seen – you’ll definitely be making a mistake if you choose to go anywhere else.

Super friendly office and overall a great dental experience! I was visiting the area and had a dental emergency. So lucky I found this office as they were so kind and treated me wonderfully. I would definitely recommend them to anyone in the area looking for a great dental office!

In this time of covid19, my dental appointment at East Coast Family Dentistry was such a safe & professional experience. The office air is HEPA filtered and everyone follows strict protocol with taking temperature of patients, to all staff in full PPE. Drs. Sese and Nhat are such fine dentists- always extremely thorough.I feel great relief that going for a checkup and cleaning is once again part of my regular routine!

I got into an accident 5 years ago and I lost my front tooth after trying to save it with a root canal. I’ve gone to several dentist in the area, but I have to say that no one has ever given me a more complete and comprehensive treatment plan as I received from Dr. Nguyen. Yes, dentistry is expensive, but being that this is my second time with this issue, I could have saved lots of money if I got it done right & saw Dr.Nguyen first. I got different treatment options with different prices, but his made sense. He considered all the other problems which other dentists didn’t noticed. Later when I complimented Dr. Nguyen in front of his staff, they told me that he had training from the Spear Institute and he even taught advance dentistry there. “Oh, figures! That explains it”- I knew I was with the right dentist. The first time I got my teeth fixed, which cost me lots of money, I was never happy with my smile. I was always apprehensive to talk to people. Thought they were starring right at my teeth. On top of it, I had a job where I spoke to people all day. Yes, it was as terrible as you can imagine. It’s been about 8 months now and what a life changer it’s been since I’ve gotten my new crowns. EVERYONE compliments me on my smile, that hasn’t happen in a while. It doesn’t even look like anything is fake, I think I look better now than before my accident. I wish I could add a picture of my before grin and my after smile, you guys would go running there. I was just so happy about the outcome of my treatment that yelping out to everyone about Dr. Nguyen and his team would be the least I could do!!! Smiling through the days now and loving it!! Thank you Dr. Nguyen!

Had the best experience at this dental office.  Great (also HOT) staff, and AWESOME doctors!!!  They do GREAT work and painless too! I am looking forward to my next appointment in two weeks.  They came HIGHLY RECOMMEND and I’m glad I went.  Definitely recommending them to everyone I know.

I’ve been a long time patient here (about 3-4yrs) and have had all work done that was good, reliable and highly skilled. And to mention, I have had multiple HORRIBLE experiences with other dentists in the past, until I had the fortune of coming to East Coast Dental. I have been treated by both husband and wife, both are very professional, knowledgeable, considerate and passionate about what they do. I never had any complications or issues. I also have no dental insurance and they worked with me every time with payment plans (when I got more expensive work done such as Invisalign, fillings, etc.) and never hustled or rushed me. And now I do all my routine cleanings there. I recommend going here!!!!

Dr. Nhat has been my dentist for 10 years now. Staff members are professional & polite. Dr. Nhat explains each procedure & take his time to do so. Excellent dentist, great environment. I strongly recommend Dr. Nhat.