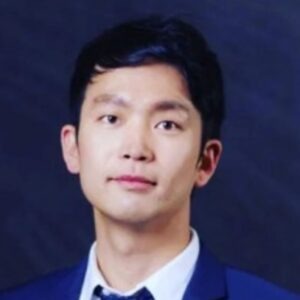 18 REVIEWS
0 BEFORE & AFTER PHOTOS

Very nice dental office!  The place is updated and clean throughout the entire office.  I love that they have TV’s over the dental chairs to help take your mind off the fact you are at the dentist.  X-rays are quick a painless as it seems that they keep up with the latest technology.  Costumer service is great.  My dentist even called me personally to make sure it was okay to cancel when all the schools and local businesses were closing due to the forcasted snow.

When I suddenly had pain in a tooth and realized my dental insurance plan had changed, I wasn’t sure where to go. My son recommended Elite Family Dental, and they took care of my painful tooth that very day! My pain was more complicated than a simple cavity, and the doctor was able to diagnose and treat the problem at once! From the receptionist to the dentist, the entire staff was caring and helpful!

We love the personal attention our family gets when we come here. The dentists and hygienists are very friendly and take excellent care of our oral hygiene. We’ve been coming here for over 20 years and everyone is accommodating, caring and friendly. The newly remodeled offices and waiting room are comfortable and inviting. We highly recommend Elmbrook Family Dental for your family’s dental needs and care.

I just had the an appointment today and it was great! Kendal the receptionist was welcoming and straightforwardly explained the forms I needed to fill out. It doesn’t end there, the cleaning was terrific. The dental hygienist Thanh was thorough and detailed with her cleaning (not to mention super nice as well!). Thanh clearly answered my questions about my wisdom teeth cleaning methods and my mysterious white spots. You can tell she cares about her patients 🙂 The new doctor replacing Dr. Culver, Dr. Chong, seemed very well informed. Thanks for the great cleaning, going to recommend to my friends.

Everyone at this business is extremely friendly. They are very thorough and give you all the information as it is, but without pressure to do what is recommended. I have had cavities replaced and 2 crowns installed and the experience was very good. My wife is very nervous about going to a dentist. These people make her feel more comfortable then any other dentist she has seen.

I needed a new dentist and was referred here from a coworker. Immediately upon entry it was beautiful, and i was greeted by the girls behind the main desk. I had filled out my paperwork ahead of time and was able to just grab some hot tea and was called back. They are very thorough with pictures and talk you through everything they are doing. My assistant was great, very friendly and enjoyable. The dentist was great too, very nice and took the time to explain what the pictures showed. I have another appointment scheduled, and hopefully found my new dentist!

I have always loved the dentist. As a kid, I left feeling clean, and usually with a bag of toys.. Or stickers. I came to this dentist, actually because of the yelp reviews, and I’m glad I did. Even though their machines are so high tech that they may uncover some decay or damage that you might prefer not to know, in the end, would you rather know? I went 28 years without ever being told I had a cavity…until I came to elmbrook. But they assessed the damage, told me my options, and even though novacaine is a little uncomfortable, I opted for prevention and got my cavities filled. They did a nice job, and made me as comfortable as possible. The only caviat is you have to make appointments way in advance, but that might be an industry standard. Also they work really hard not to let you forget an appointment, including sending you a text the night before. Floss, brush, repeat.

I have wonderful, wonderful things to say about Elmbrook Family Dental! After we moved to Wisconsin, I didn’t have a dentist and cracked a tooth and was in need of an emergency appointment. I called and left a message for a few dentists in the area at 8 pm on a Thursday, and Elmbrook’s friendly staff called me at 7:30 the next morning to get me in first thing that morning. Their facility is state of the art and for someone with anxiety at dental offices, they made me feel very comfortable. They are very aware that people are nervous at the dentist and make you feel at ease. There are tvs in each room and you have control of the channels to make you feel even more comfortable.

New to the Brookfield area and was looking for a new Dentist. I hate the process of looking for new Dentists and Health Care Providers. But I found Elmbrook Family Dental on Yelp, read through many reviews and was convinced I needed to give them a try. MY first appointment was this morning for a cracked tooth. Great friendly reception staff, CDA who brought me back and assisted was very professional and pleasant, the Doctor was kind and very informative on explaining things and treatment options. I have found my new family dentist! Thank you Elmbrook Family Dental

I called for a pretty invasive emergency situation and everyone from reception to Dr. Chong and his incredible assistant Jasmine have been wonderful, gentle and kind. I would recommend them hands down. Dental work gives me serious panic attacks…and they have been nothing short of amazing in keeping me calm and not judging me for having not been to the dentist for 10 years. I love them and am SO THRILLED to finally find a new dentist I can trust, that does EXCELLENT work.

Elmbrook Dental is an excellent dental clinic; the dentists and staff take the time to make sure you are comfortable and take the time to explain the work they are about to do.  Everyone at the clinic is friendly and caring.  You are important to them as a person and as a patient and they show you this through all they do.  If you have fear of the dentist…this is the place to go!  It took me years to find a good dental clinic and I got lucky…I found a phenomenal dental clinic with a phenomenal staff!

I have been coming to this facility for many many years and I have encouraged my husband to change from his former dentist and we bring our 3 children here and it’s always a great experience.  My favorite part is I can schedule myself and 3 kids for a cleaning at the same time on the same day because they have that many hygenists and chairs available to treat us all at once.  So convenient when you are always busy running with your family.

It’s seems counter-intuitive to write a positive review about getting a cavity filled, but my experience was awesome! The chair had massage rollers in it, they gave me a heated pillow, I got to watch sports center and check my phone while they worked, and when it was all over they gave me a Culver’s shake. It’s hard to get any better than that! 5 Stars all the way!

My family and I recently moved to Wisconsin and we selected Elmbrook for our family dental needs.  Since then, my entire family has had appointments and the consensus is everyone was extremely happy with their experience.  Elmbrook has every facet from appointments to the actual dental worked covered.  Very professional and caring attitude.  Another reviewer mentioned that “Their facility is state of the art ” and I wholeheartedly agree.  If you select Elmbrook for your dental needs you WILL NOT regret it.

All the dentists are wonderful. They are excellent at what they do and they are very personable. The assistants and the admin staff are terrific as well. You really could not find any place that caters to the patients as much as EFD does. Our son started going there when he was 4 and has always felt comfortable – he especially likes the flat-screen TVs conveniently located directly above the chair!

If heaven was a place where Fixer Upper is always on the television, there’s a free coffee bar, they gave you a milkshake from Culver’s for being good and the people are friendly, then this dentist is heaven on Earth. They play normal music, have a beautiful office, and somehow are less expensive than my last dentist. I will be really sad if we ever move and I have to find a new one. This one tops them all.

In the 2008 academy award winner for best documentary, “Man on Wire”, a film about the 1974 high wire crossing between the two World Trade Towers, Philippe Petit describes standing on the edge of one of the buildings, about to make the fateful decision to shift his weight from the building on to the wire. The camera pans over a photo taken from that historic day, showing the wire and the street over 1/4 of a mile below. Now, it is most likely this scene that will make viewers most fearful. A moment to cause your heart to skip a beat. But for each viewing I made (I have a copy so I’ve watched many times over the years), the truly terrifying moment always came a little earlier in the movie, when Philippe describes seeing an ad for the yet to be built towers for the first time, in a magazine, while waiting in a French… …..Dentist’s office. **Gulp** Sometimes I fast forwarded through this scene. I’m not sure what it was about going to the dentist that caused me such agitation. My dentists as a kid were always decent enough. I wore braces and a retainer and survived. But as the years went by, it became clear that the phrase “long in the tooth” might be an expression rooted (no pun intended) in reality. I had started to get quite self conscious about my teeth. Worse than all that, I realized I’d been friended on yelp by some people who were dentists! What would they think? They seemed like nice people….maybe I should bite the bullet (again, no pun only metaphor intended) and make an appointment. One thing lead to another and I found myself in need of one. I checked my insurance companies’ website and then cross referenced them with yelp reviews and voila! I found elmbrook family dentistry. They have massaging dentist chairs and flat screen tv’s on the ceiling. I don’t think I’ve ever waited more than five or so minutes in the waiting room, and they’ve been able to do early morning appointments. They’ve been very good about checking with my insurance to see how much they will pay and what will be my responsibility before the procedure. They offer a number of flavors for polishing (I choose bubble gum because I occasionally have the emotional maturity of a five year old, but I hear chocolate mint is very popular too.) Staff has always been very nice. My teeth after a cleaning looked notably whiter. Trust me on this one, though–most telling of all, for my shaking-in-my-boots self to give a dentist office five stars, this is saying a lot!