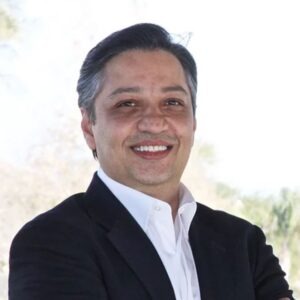 09 REVIEWS
0 BEFORE & AFTER PHOTOS

I have been going to Elk Dental Associates for over 20 years, and I have nothing but the highest praise for the excellent care that I have received over the years. I have had many dental issues through the years, and Dr. Klein has been an amazing, caring dentist who is incredibly skilled and knowledgeable. He is truly fantastic! I trust his judgment completely, and I am 100% certain that when I see Dr. Klein I am in the best hands. I have also seen two other doctors in the practice — Dr. Lal did an implant for me and was skillful, attentive, and did a fantastic job. Dr. Newman did several root canals for me and was patient, thorough, and professional. The office also has state-of-the art equipment. Dr. Klein made a crown for me in the office while I waited and I was able to get a crown after a root canal in only one visit!! In short, I feel incredibly fortunate to be a patient at this wonderful practice!

Ok strap on your seatbelt, grab a drink and get comfy this is going to be a bit long but if you have any fears of dentistry and worry about quality of work you’re going to want to read this. Even since I was in my 30’s I realized my parents had made a choice; they said I could either get great looks or great teeth but not both. The teeth aren’t so good. My mother had a history of problems and in my 30’s I developed them as well. Each year was filled with dentist visits, root canal, pain and more pain. Seems the more I went to my dentist (who shall remain nameless) the greater the number and frequency of the problems. One day I had just had it and got a recommendation from a neighbor about ELK in New York, specially Dr. Klein. I went for a consultation and immediately was extremely unhappy. According to what he said there were massive amounts of work to be done; teeth extracted, bad root canals taken out, and implants (about 7 I believe) had to be done. I don’t know what was worse; the amount of work or the cost; both scared the hell out of me. Dr. Klein sat down with me and told me it was a process and we could work out a payment schedule that would allow the work to get paid over the time it took to do the work. Never pestered me, understood my situation and worked with me. The next fear was the work itself; I had been through many extractions that had me leaving in agony; root canals where I screamed during them and lived with constant pain. Dr. Klein even asked how could I walk around with that much obvious pain and my answer was I’ve gotten used to it. Step one he sent me to an incredible oral surgeon who sadly has passed but was truly an extraordinary dr and person. First few times I was put to sleep, he was so kind and caring by the middle of the procedures I trusted him enough to remain awake and have him do his work and he never hurt me. After he passed I was really broken up and fearful to start this over but Dr. Klein told me he had taken in a new partner, Dr. Lal. I hate switching and I revert to my childhood behavior of avoidance. Finally a tooth went. There was no avoiding it now. I got up the courage to go two weeks ago. I came in anxious, they talked to me. They told me they were going to remove the tooth and put in the implant screw immediately. A couple of needles later they asked if I was completely numb; I still asked for a bit more as I didn’t think I was. They accomodated and it was off to the races. Now getting a tooth out is never going to be a fun experience but there was no pain. Some twisting a little pressure and the little bugger was out; a little tough but no discomfort. Yayyy I was half done and now worried about the other half. Dr. Lal had devised something to make sure the screw went in perfectly and it did; three screwing sessions of just a couple of seconds each. After the third I said ok the big one has got to be coming; the one I’m going to hate. Well no such luck, I was finished, done, so long its been good to know you. I was nervous about using a dentist (Dr.Lal) who I didn’t know well and I was really terrified this could go bad. But Dr. Klein said this guy is great the best he’s seen. Well, I have to tell you, the oral surgeon I went to was the best I have ever been to and I have many people who would agree; his name was Dr. Lenchewski and had he not passed he would have been the only one who ever did this kind of work on me. Now that I had Dr. Lal do it; I told him Dr. Lenchewski is looking down from Heaven and smiling. Dr. Lal did an incredible job, he was great in every aspect, how he prepared me, his warmth in understanding my fear, his competence in getting me numb and ready, his skill in removing the tooth as easily as possible and his ability to get that screw in my bone without pain or hesitation. It’s healing great, the pain after anesthesa was incredibly minimal. After this experience I would trust him 100 percent with anything I needed done. Dr.Klein is also great. Between the two of them you can rest easy you will be very well taken care of. Finally and I know this has become almost a book; the staff there is incredible; I feel like I’m going to visit family not a dental office, from Marcia at the door who is an absolutely wonderful woman to Mary who does the cleanings with a smile and gentle hand to Lorraine who I may have to run away with one day (I’m her Poopsie) and the others I haven’t mentioned. Yes you’ll see a negative or two from people who had to wait a bit or an appointment got confused, etc etc but sometimes people don’t understand that what’s scheduled for an hour may take a little more time, or they need to consult to perhaps find a better way to do something or a hundred other things. They aren’t playing poker in the back, chances are they’re trying to help someone get the best possible treatment and sometimes it just takes a little extra time. It’s well worth it. They’re A++++ in my book

Awesome service; docs are competent, informative and display genuine care; assistants sweet and helpful; front desk funny and friendly; all modern equipment (got a whole mouth dental analysis and report after first visit, wow!); freakishly clean and sanitary. I recommended it to my family so definitely recommend it to you strangers.

I’ve been treated by Dr. Lal for the last year. Specifically in the area of sleep apnea. I am glad to report that I have not snored while sleeping for almost a year now. Dr. Lal is very knowledgable, skilled in the science, and his staff and the entire operation are very professional. I have never waited past my appointment time, I have always had my questions answers, and all items discussed and expectations set have been met. -Richie

I was in NYC, an hour’s drive from my dentist, when the pain hit: I had a cavity UNDER a gold crown. Dr. Lal took such great care of me and my mouth–a talented, deeply conscientious, highly trained dentist who consulted with Dr. Fisher every step of the way. I’m in NYC often enough to think now about switching.

I’ve never had a bad experience in the 15+ years that I’ve been going to Elk Dental. For the last couple of years I’ve had Liz as my hygienist and she is the best one that I’ve ever had. She’s very smart, diligent, insightful, and careful, which makes me not fear going to the dentistanymore!

Excellent and professional experience. They did a wonderful job, the crown I had replaced really fits over my tooth very well and feels natural. My fillings were completed with very minimal discomfort. I arrived ten minutes early and they called me right back and began immediately and we’re very efficient!

The customer service is amazing, from the moment you walk into the door until you walk out! Everyone is so friendly! They are great with kids! My 5 year old loves the dentist and I had no problem letting her go with the staff for her cleaning while I waited in the waiting room! Everyone made sure to talk to the child before the adult to make her comfortable, and it is greatly appreciated! They are always so gracious and flexible with appointment times too!

Recently had some work done and I can’t thank Elk Dental enough for getting me in and taking care of me so well. Speacial thanks to Doctor Peterson for the great work he did, for making me comfortable and relaxed. I highly recommend this place. It was very welcoming, friendly and not dreary like other places I’ve been.