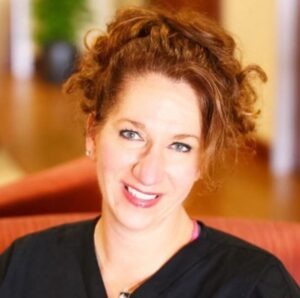 13 REVIEWS
0 BEFORE & AFTER PHOTOS

This office is quiet and mellow…until these ladies get to laughing. I have been to offices where I just feel like a number. That is certainly not the case here. It feels like visiting old friends who just happen to be working on your teeth. Dr. Foy is conservative on her dental advice and I never leave here wondering what I just agreed to and feeling like I was just sold a bunch of treatment that I don’t even understand. Great place! Great environment! Great care!

What I would recommend about Dr. Foy makes for a solid list with these highlights: 1- She is knowledgeable and communicates about your dental health in ways that make it tangible. 2- She is compassionate and keeps things on a fun positive vibe (as someone with dental anxiety I need that). 3- The rest of the staff are charming, professional, and provide excellent care from routine cleaning, fillings, to informed recommendations for endodontist. So highly recommended!

I have been a patient at this practice for almost 5 years. I really enjoy my visits, which is not something you hear on a regular basis about the dentist’s office. Dr. Foy is a ball of fun! Also, my hygienist, Tiffany is the best. She’s really friendly and we have the best chats. Also, they’ve taken excellent care of teeth. Great place!

I’ve been seeing Dr. Foy for about 7 years- ever since I was traumatized by a root canal with a very uncaring dentist. She coached me out of a growing phobia, takes awesome care of my teeth, and keeps me laughing during my visits. Every staff members has always been exceedingly kind and thoughtful. They know you when you come in, take time to ensure you’re comfortable, and are just all around great to work with.

I can’t say enough good things about Dr. Foy and her staff. My wife and I had been going to her for years and finally asked if they could see our children since we’d been taking them to a pediatric dentist. Dr. Foy told us to bring them in. I couldn’t believe how happy my kids were after their visit…apparently they had no idea that a dentist visit could be fun. Yes fun! My kids actually look forward to their dentist visits now and that’s saying a lot. Their office, equipment, furniture are all exceptionally clean and well maintained. You’re always greeted with a smile and treated like a family member.

I’ve been going to Dr. Foy for over a decade. She is the best dentist I’ve been to hands down. As someone who has had negative dental experiences with other providers, I highly recommend seeing Dr. Foy. She and her staff are friendly and personable. They really put you at ease. It actually makes going to the dentist fun even for adults. Her hygienists are gentle and thorough. I can’t imagine going anywhere else. I’ve recommended her to friends and family. They have also been very pleased with their experiences as well. If you are looking for a dentist in Raleigh look no further. Go see Dr. Foy!

Went today for a procedure and felt so cared for! Everything from scheduling, to insurance, to the actual procedure was pleasant. Not only was it painless, but I truly enjoy being in the same room with the staff. Tiffany, Dr. Foy and the staff are amazing at what they do. Highly recommend this place of business, you are more than a customer here.

Dr. Foy and her staff are wonderful. And as always Kelly, you are the best, and I appreciate your gentle care of me. I did not hesitate getting my teeth cleaned because I knew they would do everything possible to exceed safety guidelines during this time and they did. I am grateful for you all and thank you.

I’ve been a patient here for maybe… 8 years or so? Perhaps longer. I’ve always had a great experience with Dr. Foy and each and every hygienist. I had some long-standing issues that were addressed with several early visits, including multiple root canals, so all I can say by way of recommendation is that I kept coming back. I had a traumatic experience just before starting with Dr. Foy with a different dentist being really rough on a root canal and not listening to me, and suddenly, I found I had developed a fear of the dentist, which I had never had previously. There was a lot to do, but the appointments were broken up in a way that they were bearable in terms of length and soreness afterward, but not so broken up that I felt like not much was getting checked off my to-do list with each visit. Dr. Foy went to extreme measures to be gentle and patient with me and my dentist-phobia and I found that after a few visits, I no longer had that particular fear. After that was all cleared up, I became a routine patient just coming twice a year and always very happy. When I had my son, I started taking him to a specialty pediatric dentist at 6 months but he always hated it and wailed and was scared. I think it was just overwhelming and overstimulating. They were kind to him but he just hated it. When he was 3 1/2, Crystal mentioned I could try bringing him in to Dr. Foy’s and I wondered why I hadn’t thought of that before. His visit with Crystal was literally the first time he not only didn’t cry through the whole exam, but that he also laughed! She was able to gently encourage him not to be afraid of the equipment (she showed it to him and let him “slurp” some water out of a cup with the tool that does that). She also encouraged him to cooperate enough to where he actually got an exam. His previous 6 visits at the pediatric place, it was really only them sort of having a look while he screamed. He got a little toy from the bin on the way out and a high five from Miss Crystal and he was so happy. The real test was 6 months later when it was time to go back. He was happy to go in, not afraid, and was already talking about what flavor of fluoride he wanted to choose and how he’d like to do well enough to earn a toy from the bin. I really think that this practice is the place to go for people who fear the dentist. Just tell Dr. Foy in advance and she will really work with you and make it OK.

Best Dentist in Raleigh! Every visit to Dr. Foy’s office is a painless and joyful experience. That’s coming from a guy that fears seeing that 6 month dentist appt on his calendar. First, you’re always greeted with a smile and pleasantries upon arrival. Second, the office atmosphere is lively and not stale like past dentist offices I’ve been a patient at. Third, the hygienists are always gentle and listen to your concerns / needs. And finally, Dr. Foy is a real joy (had to)! She’s gentle, funny, and personable all while being professional. If you’re looking for a dentist, look no more and go to Dr. Foy!

When I researched dentists near me years ago I was so lucky to have found Dr. Foy. She is the best hands down! Her staff is excellent as well. I love places that make you feel welcome, where they know you by name and leave you feeling better upon leaving. I highly recommend her to anyone and you will feel the same once you visit her practice.

Excellent office and staff. They are always kind and caring. Dr. Foye and her staff will take the time to listen to your concerns and assuage any fears you or your child may have. They have been great while taking care of my family, I would recommend them to anyone with a dental need.