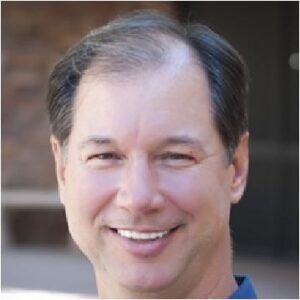 10 REVIEWS
0 BEFORE & AFTER PHOTOS

I have been a patient with Dr. Hughes for over 20 years. I love the professionalism from the staff as well as the friendliness. Dr Hughes always has the best jokes! Melissa, the hygienist is THE best hands down! I rarely have to wait when I arrive at the office, and the staff is very good at communicating if there is going to be a wait. As a patient I always feel heard about my concerns and they are always addressed with care and understanding. I had to have a crown done and I loved the same-day service! In my opinion, there is no better office to go to for dentistry or fun!

Went to Dr. Hughes for a 2nd opinion after another dentist told me that I needed $5k worth of dental work…Dr. Hughes told me that I didn’t need 1/2 of what they were saying I needed. So I saved $3,700 and had an amazing experience. I was super nervous and they made me feel calm the office is clean and comfortable and the whole staff is very nice and you can tell they get along well. I am difficult to numb and I have had many bad experiences with Dr’s getting annoyed with the amount it takes to get me numb. They weren’t rude and were very attentive and acknowledged the fact that I was nervous and did everything they could to make me feel comfortable. I’m looking forward to staying with this practice for a long time!

I love Dr.Hughes and all the staff! I have had some terrible dental experiences prior to coming to this office almost 10 years ago! He is always on time, gentle, and understanding of my ridiculous anxiety at times. They are accommodating and caring and really go above and beyond to take care of their patients!

Simply the best dentist and person. His staff is the best and nicest as well. They are amazing in every way, but I got to see them from a different view when I saw how they were with my 3 year old son. l knew they were awesome before, but now I know it even more after seeing how incredibly gentle they were with my son.

I’ve been going to Dr.Hughes for years now, and I wouldn’t change him and his staff for anything. They actually remember what you talked about on your last visit…meaning THEY LISTEN. You’re not just a number. Jens a wonderful office manager…all the staff seem happy, and they SMILE! NICE to see in this day and age. They get the BEST RATING from me, plus some. (And They all love dogs so that’s a big plus in my book!) I’ve recommended them to anyone who asks, and always will. Posted by patient judi fogarty.

Dr. Hughes was referred to our family by my son’s pediatric dentist Dr. William Heimann. I’m super particular about my dentist and have to trust them completely. Dr. Hughes has never let our family down. We’ve all had complicated dental cases that Dr. Hughes has solved with ease and a sense of humor. We absolutely love him!

This dentist is a find! Very friendly, highly skilled and at the forefront of his profession. His charges are no higher than anybody else’s. He saved a tooth that had been given up by another dentist. His new technology of making a crown while you wait is amazing. I had a root canal and walked out with a new crown within a few hours. It was actually a fun experience. The office atmosphere is very comfortable and relaxed, and the staff is very competent and friendly.

What isn’t to love about this place? I have been a patient of Dr. Mark Hughes since 2010, after neglecting to go to dentist for years because I was apprehensive about what work I may have needed done. Dr. Hughes and his lovely staff have been taking care of my 6 month cleanings and dental exams since then, and I recently became an orthodontia patient of his as well! The care I receive there is nothing less than spectacular…from the friendly smiles that greet me as I walk in, to no wait times in the lobby, to early office hours that accommodate every schedule, to the crowns made SAME DAY in office (yes, that’s right, no temporary crowns here!) to the fresh tooth feeling after a cleaning, to the precision and expertise of my invisilign treatment, this place has it all. If you are looking for a new dentist or orthodontist, or are new to the area and need to get established as a patient, I highly recommend you stop reading this and call Dr. Hughes’ office now. You’ll be smiling brighter after you do!

I have crappy tooth genetics. I have had so much dental work in my life I have totally lost track. I also have been known to attract some of the worst dentists. This year I thought it would be good to get a fresh start with a completely new dentist and leave the chain I was previously going to that had new doctors every time I went. Instead of hunting around online or calling my insurance company, I sought out a friend who is in the dental field. My friend recommended me to Dr. Hughes and I couldn’t be happier. I had my first day of major dental work today (two crowns and 4 cavities). Dr. Hughes has the newest Cerec machine that actually makes the crowns at the office while you wait. It is great to go in and leave with your real crowns the same day instead of the temporary business I have dealt with in the past (cubic zirconia strength crowns). He also has another cool machine that keeps your mouth open, your tongue depressed, and does the suction at the same time. The cool part about this system is that the dental assistant doesn’t have to be in your mouth suctioning and spraying while the dentist is also working. There are a few other points I would like to touch on, namely very friendly and informative staff as well as a super clean office. The people that work there couldn’t be nicer. I was there for so long today, I missed lunch and my blood sugar dropped a bit. The next thing you know, the dentist, Dr. Hughes, was serving me a piece of cake from Paradise Bakery. I have finally found a great dentist and plan on sending my family and friends.

My sons tooth got knocked out and Dr Hughes got us in right away. He was so calm and did an amazing job! We take both our kids to Dr Hughes and I wouldn’t think about taking them anywhere else. The staff is amazing with the kids and my two little ones love Dr Hughes!

We offer family and cosmetic dentistry which includes orthodontics for all ages and same day crowns. Dr. Mark B. Hughes was born in Highland, IL. He earned his undergraduate degree from the University of Kansas, and his DDS from the University of Missouri - Kansas City. He became licensed to practice dentistry in Arizona in 1984, the same year he opened his General Dentistry practice in Glendale. Dr. Hughes’ service to organized dentistry began when he joined the American Student Dental Association, which elected him National Vice President 1983-84. Since then, he has served in many capacities, including but not limited to President of the Central Arizona Dental Society, Alternate Delegate to the ADA, AzDA Board Liaison to Midwestern University School of Dental Medicine (Glendale, AZ), AzDA Council on Budget and Planning, AzDA Council on Nominations and Elections, and Board of Directors of AzDA Services, Inc., the wholly owned subsidiary of the Arizona Dental Association. Dr. Hughes and Mrs. Kris Hughes will celebrate their 38rd wedding anniversary in August 2015. The couple has raised four soccer champion daughters: Brooke (high school science teacher), Brean (Salon Owner), Lauren (Esthetician), and Shannon (Attorney). As of 2015, The Hughes’ have 6 grandchildren: Mason, Carson, Lanie, Brady, Kylan and Hunter who they enjoy spending time with. As former President of the Arizona Dental Association, Dr. Hughes represented AzDA to government agencies and civic/professional organizations. He served on association councils and committees, appointed chairs to those groups and served as a Delegate to the American Dental Association. Dr. Mark Hughes and his entire team of staff members belong to the Arizona State Dental Association and are CPR/First Aid Certified. His Glendale dental practice is an (OSHA) Occupational Safety & Health Administration compliant office.