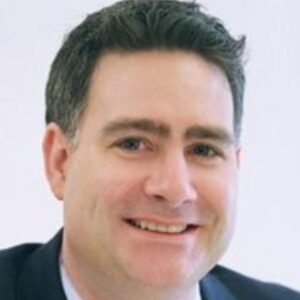 04 REVIEWS
0 BEFORE & AFTER PHOTOS

I have been a patient of Michael L. Nero, DMD, for many years and have often benefited not only from his medical expertise but from his friendship as well. For the sake of brevity, I will offer some general comments on the dental care which both I and my elderly father received from Dr. Nero and his associates during our most recent visit, describing events in the order in which they occurred. Upon entering we were greeted by the receptionists. Personable and efficient, they breezily went about their work while engaging us in friendly dialogue. After a brief wait, we were seen by the two dental hygienists who provided outstanding teeth cleaning services. Each of them was gifted with both technical proficiency and polished interpersonal skills and put those gifts to use in serving us. We were treated with courtesy and generosity, and extra care was taken to make my father comfortable. All his needs were promptly met and his anxieties eased with light humor. After the hygienists completed their work, we were seen by Dr. Nero. He was, as I have always known him to be, professional, open, and completely candid. On this occasion, as during numerous previous appointments, he consistently treated my aging father with gentleness and charity. He was never made to feel as though he were “just one more” patient, nor did Dr. Nero ever indicate, by speech or outward bearing, that he was anxious to move on to other tasks. During some extensive dental work of late, he has been a model of patience in answering my father’s questions and in explaining things in simple terms. In conclusion, I might note how the entire staff worked extremely well together. The friendly interchange that occurred between them contributed to a very cordial–even cheerful–office atmosphere. As to Dr. Nero himself, I unhesitatingly recommend him to anyone seeking a dentist who unites the highest caliber professional competence with kindness and warmth of personality.

By far the most professional and kindest dentist ever! Dr. Nero always clearly explains what he is doing and why, and answers every question I have. I have never, ever felt that he would do anything unnecessarily and I trust him implicitly. My family drive out of our area to see him. I can’t understand why anyone would go to anyone else!

We moved to Enfield CT two years ago and someone recommended Dr. Nero. He is kind, caring, and diligently checks and rechecks my teeth after my cleaning. With any major problem, he provides many options, with guidance and direction. He is super responsive to issues that pop up as my husband had today. The hygienists are top notch and today I had Rebecca. She is thorough! Lisa and Jodie make sure that everything is in sync to make that office hum. In my many years of experiencing going to a dentist, I can easily make comparisons. We are so fortunate to be Dr. Nero’s patients.

Dr. Nero is by far, the finest dentist I have ever encountered. He is a perfectionist who takes a great deal of pride in his work and presents a very caring environment for his patients. His staff is always cordial and exhibit the same level of skill and care displayed by Dr. Nero. I would highly recommend Dr. Nero without hesitation or reservation.