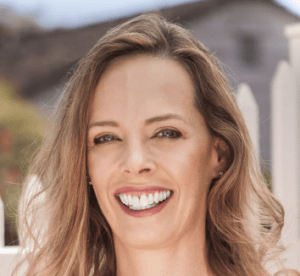 15 REVIEWS
0 BEFORE & AFTER PHOTOS

I hate going to the dentist. No really. I hate it. I’d rather see the doctor. However, Dr. Okamoto and Dr. Au are great. My parents have seen Dr. O before I was born. . . I would have seen him, but the one time he went to go look at my teeth, I tried to bite him. Anyway. . . so fast-forward through my life, I’ve seen more dentists than I can even count, and I’ve hated the experience(s). Well, last year when I was prego, I HAD to see a dentist. There was no more avoiding. I was long overdue for a check up (I know. Horrible.), and I had a cavity. . . or two. . . okay! okay! I had three. So I scheduled an appointment. I got to see Dr. Au. . . he’s great. He talked me through the entire procedure. . . an hour per tooth, NO PAIN MEDICATION. Straight drilling. . . OMG. But it wasn’t as horrible as I remember, and he was very soothing. . . as far as dentists go. The staff is just as I remember them – awesome, friendly, knowledgeable. Will I be back? Well, if I had a choice, NO because it’s the dentist, but I will be back if/when I need to go (which is actually this week). I will and have recommended this office. :o) Great staff, Dr. O and Dr. Au are both great.

Great little office – using COVID level precautions too. Also they are straight up and up. I went in there thinking I was going to need a crown because of a cracked tooth and they said – nope! It’s a small chip, we got this, and I was out of there in a hour. They could have said Yes and made themselves a quick $1600, because I thought it was definitely a done deal. Also just all around nice bunch of people. Recommend them highly.

Been going to see Dr. Geri for 10+ years. Wouldn’t trust anyone else with my teeth. She’s meticulous, gentle, and highly skilled.  Great staff also. Toshko and Cynthia have been there as long as I’ve been going and always greet me warmly and work with me on scheduling. Wouldn’t think of going anywhere else.

I first started going to Dr. Okamoto when I was about 7 yrs old. I never knew just how great he (and his office) were until I was older and had to experience some other dentists. As soon as my insurance changed I ran back to him!! I’m in my early 30’s now and don’t ever want to leave! Much of my family goes to see them and everyone loves them. The office staff is like a warm welcoming family and the dental hygienists are great too. But Dr. Okamoto is just the best, I never dread going to the dentist, I look forward to seeing them.

Dr. O and Dr. Geri are both great dentists.  My kids love them too.  Service is always friendly and appointments are pretty on time which is excellent. On their intake form it asks, “Do you plan to keep your own teeth your entire life?”  Man, this question scared me into being better about flossing.  i love to eat and I really want to keep my teeth as long as possible!

I’ve got to cut them some slack.  Twice lately they’ve scheduled makeup appointments on short notice, once for my daughter and once for me, so I can’t really complain now that they won’t do that.  As before, the dentists are great, very caring and capable, and my cleaning today was particularly painless.

The best.  Excellent quality  patient-directed care in a pleasant setting with really nice docs, front and back office staff.    It may not seem reasonable to some, but no matter the reason I am here I actually enjoy my visit 😎

As Dr. Geri can attest to I have great anxiety whenever I have to go to dentist. However, from the moment you walk into the practice everyone is so helpful and friendly that you cannot but feel relaxed. Dr. Geri has an amazing way of making me feel at ease and diminishes my anxiety to such an extent that I don’t dread going to the dentist anymore. From teeth cleaning to crowns Dr. Geri’s dentistry does exemplary work. I highly recommend Dr. Geri and her practice to anyone looking for an exemplary dentist. Can’t wait to transfer my kids from their pediatric dentist to Dr. Geri as they get older.

I had some major dental work done well over 20 yrs ago by dr okamoto..root canals crowns etc…all the work he did is still holding up like new..the best teeth i have are the ones he repaired..work done byn other dentists in the years after has all failed..i wish i didnt live 3000 miles away from dr. okamoto so i could have him save the rest of my teeth..dont hesitate to have this most excellent dentist …he is by far the best i have ever known.

Dr. Geri Lynn Okamoto is a GREAT doctor and endodontist, and not just some ordinary dentist….and I will tell you why! A few weeks back, the day before Thanksgiving, I was scheduled for a root canal the following Monday, but my infected eye tooth suddenly flared up with horrible pain.  Usually I’m not too sensitive to tooth pain, but this pain was 10/10, way off the charts! I texted my normal dentist who was vacationing in the Bay Area and he called in a Rx for Tylenol 3, which had almost no effect on the pain. By Thanksgiving evening I had had ZERO sleep and the whole right side of my face was horribly swollen up.  Pain was still horrendous!  I got on the Internet to find an endodontist who would see emergency patients, I emailed and left voice messages for four of them, begging for a Friday morning appointment…and guess what?  Three of them never even bothered to return my plea for help, while Dr Geri Lynn Okamoto returned my call (on Thanksgiving) within 30 minutes!!! Over the phone, she told me how to get thru the night by taking extra ibuprofen, and she agreed to come in and perform an emergency root canal at 8 am the next morning–while all those other lazy dentists were still digesting their turkey dinners, the day after Thanksgiving! At 8am, sure enough, she showed up to open her office, and she quickly performed the root canal, alleviating all of my suffering…a very, very pleasant and very professional dentist/endodontist, who I will return to again and again! I’ve worked in medicine for 20 years, and known dozens of doctors, but I was instantly impressed by Dr. Geri Lynn Okamoto…she stands out as one of the best!

Dr. Geri is an exemplary dentist.  She creates a relaxed atmosphere which diminishes my utmost fear of dentists.  From the front staff who greets you with a smile each and every time, the dental hygienists they are great at teeth cleaning and the dentists at the practice this is a gem of a place in Pasadena.  Highly recommend Dr. Geri and her dentistry to anyone looking for a fantastic dentist.

If 10 stars were possible on Yelp – this office would get 10!  I have gone to Dr. O for more than 20 years.  I love him and Dr. Geri both.  They run a tight ship, always on schedule so you don;t sit in the waiting area for more than a few minutes.  I have referred about  30 people to them and everyone LOVES them.  Every single person on the staff is kind and helpful. I have sent them a few people who are terrified of dentists and who have avoided going for years so now their teeth are a mess. Dr. Geri is particularly good with these folks.  She is compassionate, patient, non-judgmental.  If you have to go to the dentist ( and yes we all have to go to the dentist) you can’t do better than this one!

Okamoto dentistry is by far my best experience at the dentist my whole life. You have a world-class doctors but yet you still feel like you get that personal care. Which is great for someone like me who’s always been a bit afraid of going to the dentist. I highly recommend this wonderful Pasadena institution!

Dr. Geri and the whole staff are THE BEST!!! Their services are solid, the offices always clean, appointment system is smooth. Park in the structure at the end of Alessandro Place, south side of street. Walk up the stairs, cross the street and enter the building there to take the elevator up to the second floor.

At Okamoto Dentistry you will find a team of professionals that are dedicated to providing top-quality dental care in a friendly, comfortable, caring environment. Dr. Robbin K. Okamoto has been practicing in Pasadena since 1971 and established this practice in 1987. Now retired, his daughter in-law, Dr. Geri, has taken over the practice and continues to thrive. We love being a part of the Pasadena community. Dr. Geri grew up in Scottsdale, Arizona and moved in 1988 to attend University of California, San Diego (UCSD) where she earned a B.S. degree in Biology. She went on to graduate from University of California, San Francisco School of Dentistry in 1997. She is married to Dr. Okamoto's son Scott (a Writer) whom she met while at UCSD. They have three children: Ethan , Audrey and Owen. When not working, Dr. Geri enjoys fly-fishing, hiking, snow skiing and working on various home improvement projects, especially ones involving power tools.