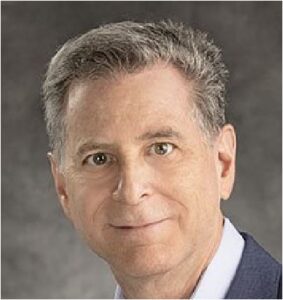 17 REVIEWS
0 BEFORE & AFTER PHOTOS

Dr. WIllens is by far one of the best children’s dentist. He’s great with kids. I sent my niece there because she had a tooth ache. She seemed to be very comfortable with Dr. WIllens. I remember my experience as a child and it wasn’t so great. He’s even worked on my teeth. All around a great office with a friendly staff. If you have a child with any fears of dentistry this is the place to go and be at ease.

Dr. Willens is amazing with my 2 young boys. He made their first trip to the dentist comfortable and fun. They get to wear cool sunglasses while in the chair and get a trip to the prize area after. The woman who cleaned their teeth was gentle and explained to them what she was doing. They actually ask when they get to go back. Can’t say enough good things.

I never went to a dentist until I was 25 yrs old. Never needed one! I brought my children to Dr. Willens from the day he opened his doors.  He has been a wonderful dentist, and I strongly recommend him. He works well with patients, parents, and his staff has always been very professional.  My children are grown now and I hope he can be around for my grandchildren.

I had the pleasure of working with Dr. Willens for 23 years until moving out of state a few years ago. You will not find a more caring, patient and meticulous pediatric dentist for your child. Dr. Willens approach is non aggressive with the children and does not force treatment on them if they are apprehensive. My girls were patients until they left for college. They both have gorgeous smiles thanx to his orthodontic treatment. Most of his staff were students of mine at Everest College, and the were top of my class. If you are looking for a pediatric dentist or orthodontist in the San Fernando Valley, this is the place. It is worth the drive if you live on the west side!!!

I’ve been taking my kids to Dr. Willens since they were little. He is very good with making sure the kids feel comfortable and safe especially if he has to fill cavities. MY son had to get a cap on his tooth when he was 4 and my son was not I any anxiety because of Dr Willens bedside manner. His staff is professional and it always feels happy in their office.

My Daughter now 14 has been seeing him since she was little. She is now on her last few months of braces. We were originally told she’d have to wear her braces for 4 years but she is doing so well they will be removed 6mos early. we have never had any problems. The staff, nurses and dentist are very nice. My daughter likes the office very much.

My son loves going to the dentist and I was afraid that after his tooth extraction his opinion of the dentist might change but I  really enjoyed my experience.   Doctor Willens and his assistant made my son feel very comfortable during his tooth extraction.  They were both very kind and patient,  Great bed side manner!    He didn’t try to rush through the procedure.  My son didn’t feel a thing and still enjoys the dentist. I highly recommend this office.

My son has been going to Dr. Willens for going on a year now. Previously we were going to Star Kids Dental in Burbank for 4 years.  My son used to be absolutely TERRIFIED of the dentist. I mean, kicking and screaming, tears etc….no work done, just a simple checkup every 6 months. I decided not to take my son to Star Kids Dental anymore, just going to their waiting room he’d get anxiety and start to cry.  Not that they were mean to him, I just though maybe a change of scenery would help. I turned to Yelp had came across such positive and glowing reviews for Dr. Stephen Willens.  My son had his second checkup with him today, and he is just amazing with him!  My son is happy and excited to have a conversation with him.  He is so patient, caring and thorough.  He answers my questions thoroughly and honestly.  His staff is very sweet and welcoming as well.  I’m so relieved my son is finally at peace with going to the dentist.  No more screaming, crying, or thrashing around!  If you child has fears of dental work, or checkups, please take him/her to Dr. Willens, the 5 star ratings says it all!

This review is well over due. It just so happened I recommended Dr. Willens to a family member so it reminded me I hadn’t wrote about our experience.. All I can say is Dr.Willens is an Angel. He has been my son’s dentist since he was due for one. Several years later we couldn’t be happier. My son needed work done and as a parent “hearing your child needs dental work is a nightmare”.We followed Dr. Willen’s recommendations on the right procedures and it all went smoothly.He saved my son’s teeth!! He was kind and patient with my son and walked me through every step of the procedures. He is a miracle worker, no wonder he’s been in the business for as long as he has. His office staff are wonderful as well.  We love you Dr. Willens.

My daughter goes here and loves it. I only have my own horrors to compare it to. I’m so happy that she will not have the same experiences I had. He is very through and takes the time to explain every thing to  you. If you are looking for a dentist for your child you will not be sorry.

Dr. Willens is the best pediatric dentist/orthodontist around! I had gone to him as a child up until my late teenage years. He did a fantastic job with my braces. He made me like coming to the dentist! He and his staff work very well with children and they are very thorough.

My 2 daughters love Dr.Willens and his staff so much we drive 45 minutes to his office. He is kind, caring and the kids pick up on this. He is very knowledgable in all areas of pediatric dentistry. His staff are very patient and work well with the apprehensive kids and their parents. I don’t trust the care of my kids teeth to anyone else.  I have recommended this office to many friends and they all agree and have continued to see him.  BEST DENTIST EVER. ( I wish he could treat me).

I took my 2 kids to Dr. Willens at the referral of a friend. I have been so frustrated with dentistry and what a lot of it is out there, which is people trying to scare you into treatments you don’t need and pushing you through as fast as they can with very little good care happening. We’ve been with Dr. willens for about 6 months now and I have nothing but fantastic things to say! He takes his time, explains very thoroughly what is happening, and is extremely patient. I am so happy to have found him and we will not be going anywhere else!

If you want the best smile in town, go see Dr. Willens! I attribute my beautiful smile to his amazing talent. I receive countless compliments on my white, straight teeth, which would be nowhere near as gorgeous without his amazing orthodontic treatment.  Even over 15 years after removing my braces, my teeth have remained in perfect position. I would not trust anyone else with these pearly whites. The staff is top notch, and I highly recommend everyone I know take their kids and teens to his office!

I came to Dr Stephens DDS when he had just opened his practice. I had very bad dental problems with one of my children. Dr Willens helped him immensely. I brought my other children to him also. My youngest had an injury that he helped me and him with immensely. It healed well and I am happy. My children are now grown and I am happy to have had such a good dentist. Thank you, Dr. Willens.

I heard about Dr. Willens from a random woman at a hair salon when I mentioned I was looking for a children’s dentist. We’ve been going to him now for almost 5 years and I have never been happier. The office is well organized never a long wait time, staff is courteous and very friendly. As for the Dr. Willens himself he is very nice and thorough in his field. One of my children needed braces he explained the whole procedure,  timeline, and cost to me before anything. You will not be disappointed.

My 7 year old has had cavities between teeth filled twice with Dr. Willens. She is convinced that there was no shot involved! Dr. Willens is knowledgeable, talented and enjoys his work. He is amazing at putting kids at ease. He and his staff treat their patients with respect. Very, very pleased and highly recommend.

Dr. Stephen Willens, a native of southern California, followed in his parent’s footsteps of attending both UCLA and USC. Completing his undergraduate requirements at the University of the Pacific in only 3 years, he dual majored in Chemistry and Mathematics. Dr. Willens entered UCLA dental school as the youngest dental student of his class. After earning his DDS from the UCLA School of Dentistry, he then completed his specialty in Pediatric Dentistry at USC. He obtained his Cleft Palate Rehabilitation Residency Certificate and Orthodontic training at Rancho Los Amigos Hospital, and received his Pediatric Anesthesia training at Children's Hospital of Los Angeles. While in private practice, he fulfilled his love for teaching, as a part-time faculty member in the Department of Developmental Dentistry at USC. In addition, as a professional staff member at Rancho Los Amigos Hospital, he served on the Cleft Palate Team, taught incoming residents, including treatment and care of special needs patients, and was appointed to the Human Research Committee at the hospital. USC School of Dentistry awarded him their Five-Year Teaching Commendation in 1985. Olive View Hospital also placed him on their Cleft Palate and Craniofacial Anomaly Team. Dr. Willens has been in private practice in Burbank, California for over thirty years, and has been appointed a lifetime member of the professional staff at Providence St Joseph Hospital and Medical Center. He has been a longstanding member of the American Dental Association, California Dental Association, San Fernando Valley Dental Association, American Academy of Pediatric Dentistry, California Society of Pediatric Dentistry, American Orthodontic Society, and Functional Orthodontic Association. "One of his proudest accomplishments has been the smile he created for his own daughter, which she displayed on numerous occasions while performing as a professional dancer. Of course, Dr. Willens treats all of his patients with the same care and dedication he has given to his own family.