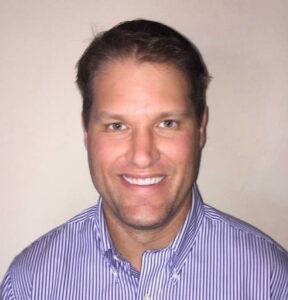 9 REVIEWS
0 BEFORE & AFTER PHOTOS

My wife and I have been going to Dr, Thunberg for our dental work for many years. We have always been treated with respect and in the most professional manner. The quality of their work is the very best. We visit the office several times a year for dental cleaning and actually look forward to seeing Cindy our personable dental hygienist. The office staff is friendly and helpful. I can highly recommend these folks without any reservation.

Dr. Thunberg and his staff are amazing!! They’re so friendly and as someone who hates going to the dentist, they made it an absolutely wonderful experience. Dr. Thunberg is very knowledgeable and explains everything thoroughly. So happy to have found a great dentist!!!

Both Dr. Kend & Dr. Thunberg are the “BEST” in the world. They are so kind, caring, & understanding to all of their patients. They have been our dentists for four (4) generations. The staff are very helpful to their patients (new & present). You always know your in the best of care.

I have been seeing Dr. Thunberg for over 15 years and he has been the consummate professional. I have worked with professionals in the field and Dr. Thunberg is one of the finest. He also has taken care of my wife and family. Once when my son needed an emergency procedure and Dr. Thunberg was not available, Dr. Thunberg stepped in an took care of my son – excellent work. Laurie has been my dental hygienist for years and there is no one better. She is thorough, professional and kind; she never scolds me for not flossing more. Steve and Matt are a terrific team and run an exceptional practice. Often when discussing an important and critical procedure. Dr. Thunberg, when prompted for his opinion will say “David, if it were someone in my family this is what I would recommend.” Highly recommend this practice with no reservations.

I had a great experience at  this office. I needed a filling, and they got me in as soon as my schedule allowed. Everyone was very nice, they even offered me a blanket to keep me warm during the procedure (which has never happened to me before).  I also appreciated that they took their time with me. I never felt as if I was just a number that was being rushed out of the office for the next patient. They made sure everything was done right and the doctor checked in with me afterward to see how I was feeling. It’s nice to come to an office with just a couple of doctors. So many offices are groups and you feel as though you are part of a production line, but not here. They maintain the doctor/patient relationship that I find is missing at so many other offices. Most importantly, the filling was done right, and I no longer have pain in that tooth. I have definitely found a doctor I will stick with. Thank you Dr. Thunberg!

Dr. Thunberg and his team are awesome. I have always hated the part where they numb the gums because the shots always hurt. BUT, Dr. Thunberg has a fantastic technique that surprisingly didn’t hurt me. The team explained EVERYTHING they were doing and the x-rays and photos, since I was a new patient. My filling was a piece of cake. My crown was more complicated; the temp came off, but Dr. Thunberg came in on a non-workday to suit my availability to re-cement it. It stayed in place fine, and the permanent crown is in now. My wife and I have had terrible experiences elsewhere, but excellent experiences with Dr. Thunberg. The cleaning went well too. I have only positive comments to share about his office.

He is amazing! I am generally very anxious when I go to the dentist. Dr. Thunberg and his assistant were so calming and most important his technique was so gentle. I had 3 cavities and I did not feel a single thing- not even the initial injection. Fantastic dentist! Thank u.

I’ve been seeing Dr. Thunberg since I was a teen and have always had the most pleasant experiences – I’ve had a long standing relationship with cavities and used to have the most painful drilling experiences when I was a kid (maybe it was the doctor, maybe it was how the cavity was…I dunno) but with Dr. Thunberg and his team it’s easy-breezy. Granted, I shouldn’t be getting cavities anymore (I floss like an OCD maniac – effects of never wanting a cavity again) but in the happenstance I get anymore I know the procedure will be painless, easy and done right. I see his partner, Dr. Thunberg, now and he is just as great. Super nice, takes his time to talk about what he’s going to do, and really seems like he puts the patient first (I don’t have dental insurance so he asked the staff to break up my appointments so it’d be as easy on my pocket book as possible – thank you, because keeping my sparkly whites beautiful is not cheap). Aside from the doctors the dental hygienists and receptionists are so sweet! The equipment they use is top notch and the office is easily located in the Dental Arts Plaza. Usually I end my positive reviews with “I’ll definitely be back!” but let’s just say, I hope I won’t have to be back too often but when I do return – I know I’ll be in good hands!

I’ve been runnnnnnnnnning from dentistry for years out of fear because of bad past experiences. I’m now so so confident in Dr Thumberg that I am proudly happy to report, no longer a dodger of dentistry health and maintenance! Thank you Dr. Thumberg for always taking you time in making sure I’m comfortable!

Dr. Steven J, Kend has been practicing in the Torrance area since 1971. He is a graduate of the Ostrow School of Dentistry of USC. He has served on various boards and/or committees for the California Dental Association(CDA), American Dental Association(ADA) and The Dentists Insurance Company(TDIC). Matthew S. Thunberg joined the practice in 2006 and is also a graduate of the Ostrow School of Dentistry of USC. Prior to joining the practice, Dr. Thunberg served 4 years in the United States Army. Dr. Thunberg attended the University of California at Santa Barbara where he received his Bachelor of Arts in Biology in 1996. He then received a scholarship from the United States Army to attend the Herman Ostrow School of Dentistry of USC where he graduated in 2002. After dental school, he attended a one-year Advanced Education in General Dentistry at Ft. Carson in Colorado Springs. After his residency, he was assigned to the 3rd Armored Cavalry Unit, and spent the next three years as the Regimental Dentist. He deployed twice with the 3rd ACR in support of Operation Iraqi Freedom. He has been practicing general dentistry in the Torrance area since 2006. His practice focuses on general, cosmetic and restorative dentistry. He is currently a member of the Western Los Angeles Dental Society, where he served as the Chairman of the Peer Review Committee until 2020. He is also a member of both the California Dental Association, American Dental Association and The Pierre Fauchard Academy. Dr. Thunberg has a 15 year-old daughter named Keila, and is happily married to Lori, whom he went to high school with. In his free time, he enjoys golfing, spending time with his wife and when possible, traveling.