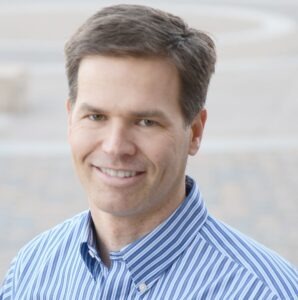 14 REVIEWS
0 BEFORE & AFTER PHOTOS

Dr. Gold and his office are true professionals in every sense of the word. They are all so friendly and caring. Both of my children have had braces there and Dr. Gold and staff have gone above and beyond to give them excellent care and service each and every visit! I would highly recommend this doctor to anyone and there is a reason that he has a 5-star reviews. I can’t thank him enough for all of the years of caring and great work that he’s done!

100% this place was AMAZING! They have it down to a science and their customer service was top notch 100% of the time. I used another office for one child and the experience was so different with GUYMON. Even with the crazy pandemic, we have been able to complete/get the braces off/retainer fitting and final appointment. I recommend them having experience with three separate offices/three kids. I wish I had found Guymon first. One other thing, they have great events they take the time to plan for their patients each summer. AND when there is no pandemic, you can get an ice cream cone on the way out. It’s all about the patient at these offices. Thanks Dr Guymon and staff!!

I was amazed at the caring staff here. They were cheerful and supportive the entire two years I had braces. During the process I felt very well informed and comfortable with all procedures. Definitely a great place for your family to get the orthodontic services they need, with a variety of trustworthy and affordable plans to choose from. Thank you Gold Orthodontics, for helping me learn how to smile!

Great Office! Excellent Orthodontic care!! I’ve spent many hours over the last four years at Gold Orthodontics (first child finishing braces and second child starting) and enjoyed every minute of it! The staff is friendly, easy going and chatty. Dr. Gold is skilled, experienced and trustworthy. There are no high pressure sales and they always present options for treatment. Most of all … my daughter’s teeth look great and we are excited to begin a new round of treatment for my son! (Not to mention, they throw a great customer appreciation party every year!) If you are going for braces … Go Dr. Gold!

We LOVE Gold Orthodontics! Today is braces off day for our second child to have orthodontia with one more to go. This is what we love about Gold’s; they are friendly. We feel comfortable when come for appointments. They remember who we are and treat us like friends. They are flexible and willing to work with you and your schedule. They are reasonably priced, honest, and they do great work. We highly recommend Gold’s! When I asked my daughter what she liked about Gold’s she said, “Everything, they are great!”

Wow!!! I am a general dentist in Boise and just saw Dr. Gold finish my daughter’s orthodontic care. Her teeth look better than I had hoped for! There are many reasons why I trust him with my own family and my dental patients who need orthodontic care. Dr. Gold and his team are top notch and I couldn’t be happier with them!

We have had the best experience at Gold Orthodontics! My husband and teenage son have both recently completed braces there and we HIGHLY recommend this practice to everyone we talk to. Dr. Gold and his staff are very friendly and knowledgeable and they take the time to get to know you. They are very thorough with the braces process and guide their patients through the process to ensure the end result is a success. The office has a great atmosphere so we always looked forward to our time there. We are beyond happy with the new beautiful smiles in our family!

Just finished with my appointment with Guymon Orthodontics and I am so happy I found them! My permanent retainer (placed by another dentist) broke and they were able to get me in the next day to place a new one! Everyone from the front to back was super friendly and I was taken back quickly after finishing my paperwork. The retainer was placed easily and I was out and had an hour to burn before returning to work! I’ll be bringing my 11 year old for treatment to them soon! Thanks everyone!

Both of my boys have braces from Gold Orthodontics. It’s been a wonderful experience. My first son just got his braces off and his teeth are beautiful. Everyone at Gold Orthodontics is friendly, punctual, and welcoming. I appreciate that Dr. Gold provides the best treatment options and allows you to select what you feel is best. I plan on looking into Invisalign for myself at Gold Orthodontics.

Dr. Gold and his staff are friendly, and have treated us well. They are flexible with appointments, and are generally on schedule for appointment times. Our daughter just got her braces off, and her teeth look GREAT. One of the main reasons we chose Dr. Gold was that the cost for treatment was less than the other two estimates we received. We are happy we chose him, and feel that the treatment we received was top-notch! We’ve got another child almost ready for braces, and plan to have Dr. Gold take care of her teeth as well.

I have enjoyed coming to Gold Orthodontics, Dr. Gold and his staff are so friendly and always helpful with any question or concern I may have. I appreciate Dr. Golds attention to detail and how he treats each patient as he would treat his own child. If you are looking for an orthodontist for yourself or your child I would highly recommend Dr. Gold!!! VP

We had to make an emergency stop on our way through to Alabama Because my son had a wire sticking into his cheek and the staff there was great, had us in and back on the road in just a few minutes. Thank you so much

19 years ago I had “temporary” spacers put on to hold the space where I was missing a tooth on either side. Then I grew up and off mom and dad’s dental insurance and never did anything about it. This year one of the spacers broke. I called Dr. Gold and they had a cancellation so they got me in same-day. I was worried about what he would recommend because I still have no insurance. I figured my best bet would be to repair the broken spacer. Instead, he recommended removing the spacers and just wearing a clear retainer at night to hold the teeth in place. He removed the hardware and I was so pleased to see a non-metallic smile for the first time in two decades. He did his best to remove the staining that had crept under the spacer. Then one of his assistants took the mold for the retainer. That’s when I realized that with a retainer I probably didn’t need to have the permanent metal retainer on the back of my front teeth either. (It had been tormenting my tongue for far too long!) So he spent even more time removing that, which took some drill work since it was cemented on like braces. Then they had to take a new retainer mold. He spent a far greater amount of time on me than he had anticipated, I’m sure, but they never made me feel like a problem. At the beginning of the visit, before we knew about all the extra work, he had quoted me a very affordable price. (Around what you’d pay to go to the doctor when you’re sick.) That included the retainer and the visit. But since everything had taken so much longer, the receptionist figured there would be an additional charge and so did I. She went back and asked him and he said “No, that’s the price.” I was so, so grateful to Dr. Gold for his kindness in giving me a beautiful smile and a simple, affordable solution. He really cares about his patients. Some day when I can afford implants I am going to him!