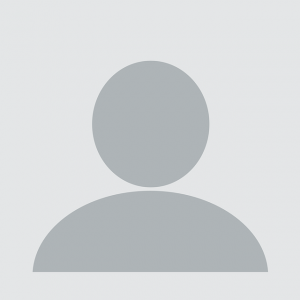 9 REVIEWS
0 BEFORE & AFTER PHOTOS

Soooooo Very Happy with my 1st time coming here. I felt so scared, apprehensive, so insecure, and embarrassed about how the staff would react to my teeth. If they would laugh like the place I went to before.  But no, Ideal Dental staff was great! They were inviting. They are so nice! I even gave a deposit and now I’m on my way to having a great smile! Like they told me “The 1st step is coming in” and thanks to them and the staff it wasn’t so hard! Thank you Ideal Dental!

Two Wisdom-Tooth extractions with no pain either during or after. You know the feeling you have in the middle of a meal or party when it hits you: this sharp pain in your teeth and it refuses to leave, no more good night sleep, no more peace, just pain! The next day you are still in pain and panic really sets in: you can’t delay anymore the meeting with the dentist. So you are asking friends & family members or go online while the pain nags at you. I think you can stop looking for a good dentist. You just found one. I visited Dr. Cao Henry DDS about a year and a half ago. He did his exam and told me what I needed to do. As he was the 5th dentist (!) that I had gone to, I was surprised to hear that his list was very short. He divided his list into 2 parts: The first one included all the “must-do” while the second one was about recommendations for the long term. We started the first list which I spread over a year to match my schedule (vs the other dentists who insisted that all had to be done right away). Well on the 2nd part of the list were 2 items I really didn’t want to do: namely the extraction of the Wisdom Teeth. I was afraid of the pain after the procedure even more than the extraction itself. Eventually, all things catch up with us so it happened to me during the New-Year weekend.  I understood that there was no more delaying and no way to avoid extraction. On Monday I saw Mr. Cao Henry DDS and yes he confirmed that the time had come for at least one wisdom tooth to go. I chose to get the two teeth on the same side extracted at the same time. Cao Henry DDS did his magic and after 25 min they were both out! The extraction itself was painless! But I was still terrified from the day-after pain, so I asked him to prescribe me a strong pain killer. The night went by and no pain. The next day, it was like nothing had happened. I had bought the pain killers just in case but did not even use one pill!! I highly recommend this dentist: knowledgeable, experienced, to the point, reasonably priced, and not pushy in any way.

The service here was excellent. I had a lot of work done, even though I have insurance they worked with me with the additional costs. I left there without any pain! (…) Great job to the staff and the Dr’s.

Had an appointment for my wife’s son and me, received impressive service, they added personnel, and they were a pleasure to deal with. They are about an hour away from me and well worth the trip. Highly recommended. A big change from last year’s visit.

Dr. Cao is the best doctor I have been to. He has really reasonable prices even if you don’t have insurance. I think he is a savior. My wife was hurting badly today. She went to 2 other dentists and they told her she needed to see an oral surgeon get her wisdom tooth out. She went to see dr Cao and he told her he could get it out for (a great price). That was a good deal. Other dentists were telling her it was going to be (much higher). Dr. Cao got the tooth out in 5 min. My wife was so relieved. She had been in some horrible pain for 2 months. I want to say thank you Henry Cao for saving my wife and taking her pain away. I will continue to recommend people to his office. He is the best doctor in the inland empire. His prices are the lowest I think. He does amazing work.

Very happy with this office, very reasonable prices. I had some work done overseas and needed a quick adjustment and Dr. Cao fixed my problem easily, and charged me a very nominal, reasonable fee. They have plenty of appointments available.

Had an appointment for my wife son and I, received impressive service, they added personnel, and they were a pleasure to deal with. They are about an hour away from me and well worth the trip. Highly recommended. Big change from last year visit.

The dentist is very nice he works efficiently but you won’t feel any pain. Decent price and they also speak Spanish so it makes it convenient for me (…).

Very good dentist very friendly all the staff and I don’t get nervous … Thanks DR!

The location is pretty easy to find. The clinic is very nice and clean. Most importantly, PROPS TO DR. CAO! Not only he’s a funny person but he is also very skillful. It only took Dr. Cao 2 minutes to take out my wisdom teeth. Didn’t feel a single pain! Definitely going to get my other ones extracted soon as well 🙂