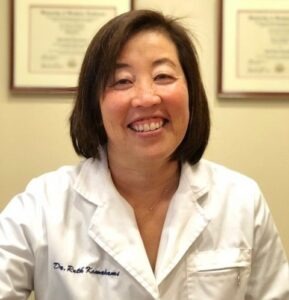 8 REVIEWS
0 BEFORE & AFTER PHOTOS

Dr Kawakami is great.. staff is wonderful as well. I do not live in San Pedro, but it’s worth the drive. I am on child #2 with Dr Kawakami. I work in the dental field and I have seen the work of her easy cases to the more difficult cases. She is one of the best orthodontist in the South Bay!

Fantastic office!  Highly recommend Dr. K to everyone. Dr Kawakami is an exceptional orthodontist and has done amazing work with all 3 of my kids teeth.  Everyone is wonderful and very caring and very professional.  Vicky is the wizard of all things scheduling!  You feel like family there for sure  🙂

Dr. Kawakami has treated all three of my children and has provided very personal care to each one. She’s very approachable and communicates well when I’ve had questions. Her prices are reasonable and her office staff is always very friendly and helpful.

Dr. Kawakami and her staff are excellent. All three of my son saw Dr. Kawakami. We are very happy with their teeth. There is hardly ever a wait. We get in and out quickly. I would highly recommend Dr. Kawakami to anyone looking for an orthodontist.

Here, is the absolutely best orthodontist and staff in town. They’ve done a great job with my sons teeth. They’ve help him have a beautiful smile and also have given him great tips on how to care for his teeth during this process. He has also really enjoyed this experience and enjoys the doctor and staff.

My daughter comes here regularly and every visit is a pleasure. Vicky at the front desk is a charm. I think she knows all the kids’ names as she greets them as soon as they walk in. The assistants at the back are very friendly and welcoming. Dr. K is top-notch. She cares for everyone – patients and staff alike. Very attentive and caring. Hope we don’t have to move anywhere as I don’t want my kids to see anyone else but Dr. K!

Dr. Kawakami is fantastic.  Her staff is great.  Everyone is very efficient.  Her office runs like clockwork.  Vicki in the front office has charts ready to go and seems to know everyone by name.   The back office runs as smoothly as the front.   And my daughter’s teeth look beautiful.  Highly recommended!

Dr. Kawakami and her staff are the best. My son has been a patient since 2nd grade (he is now 15), and I can’t recommend her enough. He went through couple of phases of orthodontic work, and his teeth now look fantastic. Dr. Kawakami is professional and personable, and her office location is very convenient if you are in Palos Verdes (east side) or San Pedro. If your child needs orthodontic work, I would highly recommend calling her for a consultation.

Dr. Kawakami opened her Orthodontic practice in 1997 and has been making smiles beautiful in San Pedro and surrounding communities since. Our patients enjoy the "family" feel of the practice and Dr. Kawalami's hands-on approach. Dr. Ruth K. Kawakami received her Doctor of Dental Surgery (DDS) degree from the University of Southern California Herman Ostrow School Of Dentistry in 1990. Upon graduation she practiced general dentistry for two years, with her father (Tadashi Ochiai) and older brother (Kent Ochiai) in Santa Ana, CA. Dr. Kawakami returned to USC in 1992 to complete the 3-year dual degree orthodontic program where she earned her specialty certificate in Orthodontics and a Masters of Science (MS) degree in Craniofacial Biology. Dr. Kawakami is very involved in her chosen profession. She has been a member of the American Dental Association and the California Dental Association since 1990 and the Harbor Dental Society since 1995. In March 2008, Dr. Kawakami became a diplomate of the American Board of Orthodontics (ABO) and maintains the non-time limited certificate. The ABO is the only orthodontic specialty board that is recognized by the American Dental Association and is in affiliation with the American Association of Orthodontists. She also is a member of the College of Diplomates of the American Board of Orthodontics (since 2008), California Association of Orthodontists, Pacific Coast Society of Orthodontists (PCSO) and the Edward H. Angle Society of Orthodontists. In November 2015, Dr. Kawakami became an Assistant Clinical Professor in the Graduate Orthodontic Department at USC. She has also served as membership chairman of the USC Orthodontic Alumni Association Board and as President of the Alumni Board from 2005-07. Dr. Kawakami has been practicing in San Pedro since July 1997, when she transitioned into the practice of Dr. Stuart Bisk, who had been treating generations of families in the San Pedro area since 1968. Dr. Kawakami’s practice also reaches out to many patients in the surrounding areas of Palos Verdes, Harbor City, Torrance, Wilmington, Lomita and Long Beach. She has been involved with Luminaries, a volunteer organization affiliated with Torrance Memorial Medical Center since 2016 and the Assistance League Dental Center (San Pedro Peninsula chapter) since 2010. The family lives in Palos Verdes, where Dr. Kawakami and her husband Tom have raised their four children, Nicole, Conner, Erin and Justin. They have spent much time enjoying their children’s high school, recreational, and club sports endeavors on the sidelines. They are enthusiastic about skiing, fishing, and hiking, particularly as a family.